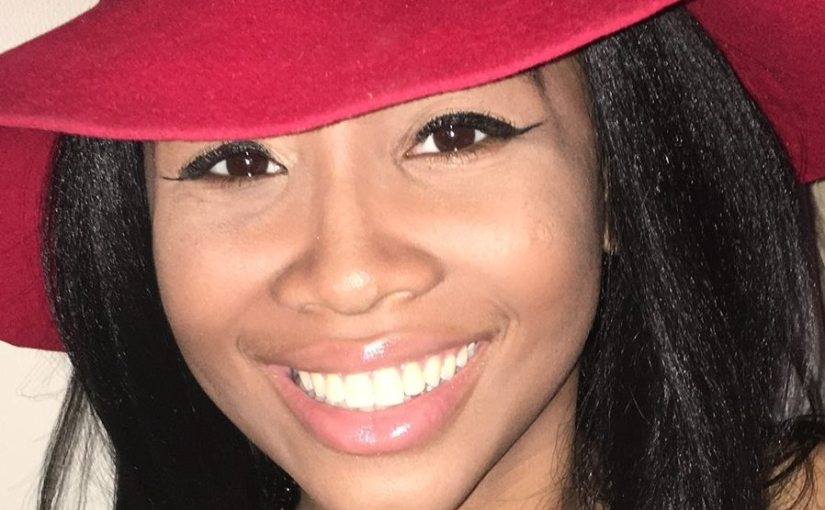 Tina Jetter has been a busy actress lately having done musicals, she is also busy doing films. Tina will be playing Laura Thomas in the TV series Platinum Dreams which is scheduled to start shooting February, 2018. I had a chance to catch up with Tina Jetter to talk about Platinum Dreams and her acting career.

Angel Alamo: How has acting changed for you over the years?

Tina Jetter: Being able to have the experiences I have with so many different actors, actresses and directors has taught me a lot about acting and it has definitely made me change the way I act in certain situations and I just love the fact that I just keep on growing and expanding what I learn.

AA: What has been your favorite role to play?
TJ: My favorite role to play was in the short film “Candle in the Wind” where I got to FINALLY play a role where I was kidnapped and pretty much got to actually be put in an environment where I was actually chained up! Believe me, the emotions came naturally for those scenes! I feel like because I’ve never gotten to play a role like that before, it just made me way more excited to start production! Everyone can find the trailers for it on vimeo. Believe me, it’s something that you’d have to watch to see just how amazing the story is!
AA: You will be playing Laura Thomas in the TV series Platinum Dreams, which you were cast in seven years how does it feel being back to playing that role again?
TJ: Oh my gosh! Yes! It’s crazy thinking about how long it’s been since we had a reading for this! Because it was so long ago, he now had to rewrite my parts since I can’t play a 10 year old girl anymore LOL. But, I’m definitely excited to start production for this and Lorenzo is an amazing person in general so I can’t wait!
AA: What is it like living in New York in the acting world?
TJ: I actually live in Connecticut! Crazy I know! But, to still answer your question, it definitely takes a lot of money of course, but it’s fun at the same time for me! Being able to travel back and forth just puts a smile on my face & trust me, I know how weird that sounds! Haha
AA: What other upcoming projects do you have?
TJ: Well, right now I’m completely focused on a vampire feature film entitled “Saving You, Saving Me” which I not only wrote but will be acting and directing! I’m definitely excited to start shooting in August and I have such an incredible cast and crew! Everyone needs to keep a lookout since later on down the line there will be 3 screenings. One in Connecticut, New York and New Jersey! So, yeah, I’ll be keeping everyone updated! Oh! And also another short film entitled “The Hand Over” by Natacha Daniels. Definitely keep a lookout for that one as well!
AA: What was it like appearing on a major show like law and order?
TJ: To be honest, I don’t remember since I was that young but it is cool to say I was on shows like that or commercials on Playhouse Disney! I definitely have no regrets!
AA: Did you get to meet any of the actors on the show?
TJ: Unfortunately no as my mom told me but it was still an experience I had!
AA: What is a typical like for you on the set?
TJ: Honestly, I come in, go in my own little corner, re-read my lines, go on camera and do what I have to do and then after do I get my stuff and leave. I’m not one to dilly dally, I just always want to be professional with whatever I do.
AA: What would be your dream role to play?
TJ: I know it’s going to seem bad but a role that I haven’t played yet but will be playing in August for my feature film! It’s going to be an amazing experience for me!
AA: Exactly how difficult is it to get an audition for a role in New York?
TJ: Quite difficult. There’s so many amazing actors and actresses in NYC going out for the same part as me. But, for me it’s never been / will never be a competition for me. I just do my best and move on and if I end up getting the part, great! If not, well I’ve already moved on and will keep on moving on!